You're not supposed to be here.

The opinions of a challenge-oriented, courageous, creative and curious youth in transition to becoming an adult. WARNING: I am not for the FAINT-HEARTED

As I’ve said in my previous blogs, some people who lived during martial law claimed that it was it was one of the best years of their life — I repeat, THEIR life.

I don’t know cos I’m guessing my parents haven’t decided to get married that time — hell, I don’t even know if they were dating then. All I know is, what the stories tell me. What my textbooks never did.

The economy and tourism was booming! — or so they say. If you’ve known as much as that reading a typical elementary or highschool textbook, one could say that it should have been one of the happiest years of the Filipinos!

But why do we have these pictures? 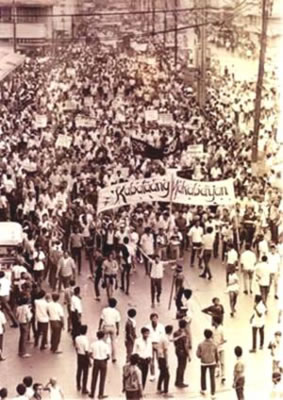 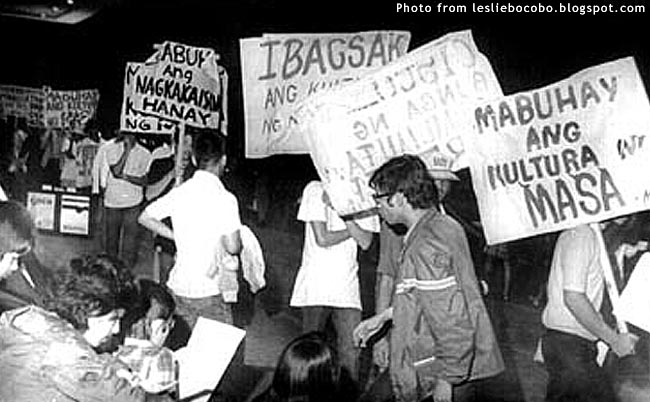 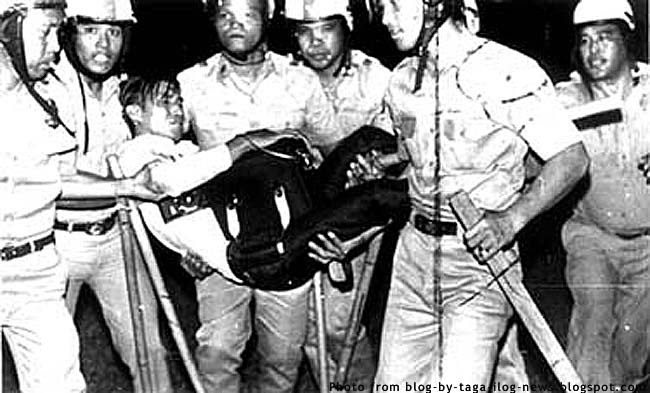 If it’s so good? Why did people protest?

Why is the youth “THEN” joined the rallyist?

I need my answers… so of course, I researched more.

It turns out, what the textbooks never told me was, there were a LOT of HUMAN RIGHTS VIOLATION — by the order of officials themselves.

There were a lot of killings and disappearances.

As I probably have said in my first blog for Martial law, the media are only showing the “good things” that are happening, not the “bad things”.

My textbooks, never mentioned anything about him…

Of course, they weren’t the only ones who were gone. Countless. Countless, bodies, found dead. Countless bodies, never found.

And that was because they were expressing their thoughts… their ideas.

I think that was the worst decision from the government.

I think that the ones who are elected in the government by the PEOPLE should SERVE the People… not torture or kill them. Because, it was a stupid idea. Don’t they know that it wasn’t the people they should have killed but their idea?

Instead of making it better for the PEOPLE, they made things worse. Cos, as V in V for Vendetta (a movie I’m currently rewatching) said, “ideas are bulletproof.”

40 years after Martial law, the idea can still change people. It can still make people feel different sorts of feelings and emotions.

I hope the creators of V for Vendetta, it’s whole cast and everyone would forgive me, for I want to change their words… it’s still their words, only, I want to make it for Martial law.

And here it is:

Remember, remember, the 21st of September, the The President, Martial law and the Plot. I know of no reason why Martial Law should ever be forgot… But what of the (wo)man? I know his/her name was (Insert ML victims name here) and I know, in (insert year), (What he/she did). But who was s/he really? What was s/he like? We are told to remember the idea, not the (wo)man, because a (wo)man can fail. S/He can be caught, s/he can be killed and forgotten, but 40 years later, an idea can still change the world. I’ve witnessed first hand the power of ideas, I’ve seen people kill in the name of them, and die defending them… but you cannot kiss an idea, cannot touch it, or hold it… ideas do not bleed, they do not feel pain, they do not love… And it is not an idea that I miss, it is a (wo)man… A (wo)man that made me remember the 21st of September. A (wo)man that I will never forget.

3 thoughts on “My textbook never told me this. #RememberML@40”